David Cox emphasised the extent of the penalties for not complying with the new legislation at our webinar on the Tenant Fee Ban.

“Agents who are continuing to charge fees after 1st June should be prosecuted to the full extent of the law,” says ARLA CEO David Cox. “They should be fined to such an extent that it bankrupts their companies.”

Cox was speaking at Goodlord's webinar on the Tenant Fees Ban. He emphasised that agencies who were found to still be charging fees wouldn’t be fined once - they would be fined £5000 for every fee charged.

“The concept is these will be bankruptcy-level fines, because otherwise, it is not going to be fair on professional agencies and ARLA has no objection to that. A simple mistake is a different matter. But we all know there will be agents out there who will wilfully ignore this law.”

Cox answered questions submitted by letting agents from throughout the country who were looking for more clarity on the ban. Many questioned whether fees or deposits greater than five weeks would need to be refunded after 1st June.

“We’re expecting the guidance to say that as long as the tenancy continues after the introduction of the ban, you won’t be expected to retrospectively give back two or three weeks of the deposit,” said Cox. “If you’re signing the contracts today or in the next few days  you can continue charging fees for a period of 12 months after the ban comes into force - so the last date of chargeable fees for existing tenancies will be 31st May 2020.”

Cox said letting agents would still be able earn commissions for selling products such as insurance to tenants, but only where those products were optional. “If they’re a condition of the tenancy, they’ll be a prohibited charge, but if they’re optional, that’s absolutely fine as it’s the tenant’s choice to take that out.”

However, he strongly urged against letting agents referring tenants to reference companies from which they would then earn a commission. “You will be skirting very close to the edge of the law.”

Speaking about how letting agents could make up for the loss of revenue from the ban, Cox said it could be time for agents to start charging for extra services they provide landlords. “You don’t need to put up your fees, but it might be time to start charging your landlords for extra work that goes above and beyond, that you’ve been doing free for years,” says Cox.

“That’s very laudable but we’re moving into a very different world now. Landlords take agents for granted and I think it’s time to tell your landlords the amount of work you actually do for them.”

A version of this article also appeared on Property Industry Eye. 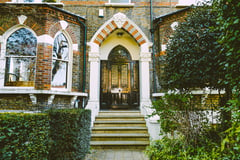