Sean Hooker on the Regulation of Property Agents: enforcement, costs, and timelines

What could enforcement, agency costs and a potential timeline for the Regulation of Property Agents look like? Sean Hooker, Head of Redress at the Property Redress Scheme, shared his expert view at a recent Goodlord webinar.

The Regulation of Property Agents (RoPA) is a piece of lettings legislation that's been a long time coming, with the working group report published back in July 2019. Many agents are already starting to prepare by gaining level 3 qualifications and above, as is the expected requirement once the law is enacted - but there are still some questions left unanswered. Sean Hooker, Head of Redress at the Property Redress Scheme, answered some of those questions in our webinar, "Preparing for the Regulation of Property Agents (RoPA)".

"Our understanding of it so far is that the regulator, when they are set up, will of course need teeth, it will need enforcement powers," says Hooker. "At the moment what we've got is a host of enforcement going on at the moment. Whether it's all coordinated and works well together is another matter."

The enforcement currently lies with organisations such as National Trading Standards Estate and Letting Agents Team, but other branches of this regulatory body will also come into play. "You've got National Trading Standards who deal with consumer issues and trading issues, but you've also got the health and safety side of it, where you've got environmental health offices, you've got local authority housing teams. And this all needs to be focused and coordinated by one overall body, so that there's a joined up thinking.

"We know enforcement is a big issue because enforcement costs money," says Hooker. "And local councils and other people don't have the resources. So what we would be hoping is a regulator would be able to coordinate, and streamline this, and make enforcement effective."

The cost of earning the relevant agent qualifications is yet to be determined but Hooker believes that it will be affordable. "Cost should not be a prohibition to training and education," he says. "So it will be pitched at an affordable rate. But it's like anything else: if you pay peanuts, you're going to get monkeys. So, it can't be so cheap that it's negligible."

As a guide, Hooker says that the current Propertymark prices offer a good starting point. "If you compare the prices of Propertymark, I think it will not be significantly lower than that, but I can't see it being more than what Propertymark charges for its training at the moment."

As for who would foot the bill, Hooker expects that to fall to the agency. "It's a cost of business," he says. "And if you value your employees, and you want the best employees, you invest in them with that. So, I think the progressive way is that the employer trains the staff, and they benefit from the individual being trained and qualified on that."

However, this doesn't mean that agencies will be losing out. Agents can consider incorporating the cost of the training into their agency fees - which Hooker believes are already too low in some cases. "If you do everything that you're meant to do on the tin to be a good letting, or estate agent, you are underselling yourself," he says. "Because we don't have this regulation in place, and everybody's on the level playing field, the competition can offer a very poor service and undercut a good agent. And an agent then, who is trying to do all the right things, is being forced down in price because of that. So, regulation will lead to fairer fees I would say for both the industry, and for the consumer."

Hooker predicts that RoPA could be a positive political stance for the government to take as the country moves on past the pandemic. "If I was sitting in Number 10 at the moment, I'd be thinking, September is coming up, the party conferences are coming, I want to go with a positive agenda for the country to take it forward, part of our plan for recovery."

Although not originally tied into the Renter's Reform Bill, Hooker sees this as the moment and means to surface it on the political agenda. "There is a great scope to add it to the Renter's Rights Bill, which is primarily going to look at the eviction process, Section 21 and so on [...] It seems to be the right vehicle to put in RoPA in my view."

The bill has already gone through the First Reading and, although no date is set for the Second Reading where the draft proposals will be put forwards, Hooker speculates that this feasibly could be in the Autumn of 2021. "If it does happen, then we're looking that going through the Parliamentary system, and I suspect with the Renter's Reform Bill, it's like any bit of legislation, you can add practically anything to a bill, subject to it being relevant to the title and the intention of the bill."

"All things being equal in going through the Parliamentary process, we could be looking at '23 for the bill being issued. But not everything in that bill will be implemented exactly on day one," Hooker predicts. "We're not talking a huge amount of time down the line, but let's take a realistic thing there, that by 2024 it might be up and running and part of our regime." 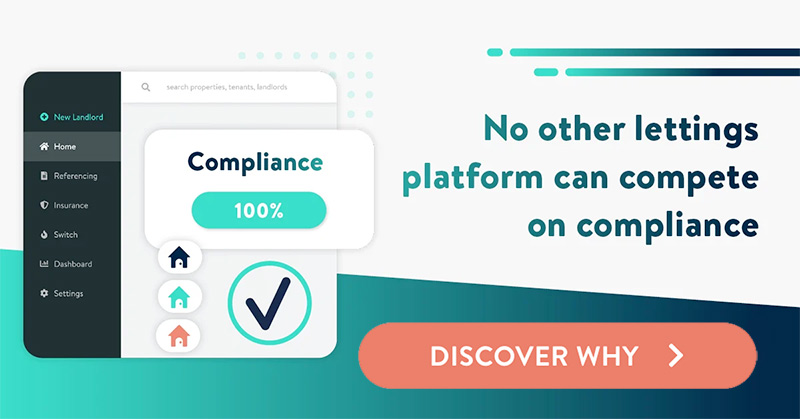