Covid-19 and the human side of digital lettings

Peter Lightfoot, Director of Elevation Lettings, winners of the Best Small Lettings Agent in the UK 2020, writes about the positive developments that his business has seen come out of a difficult period. 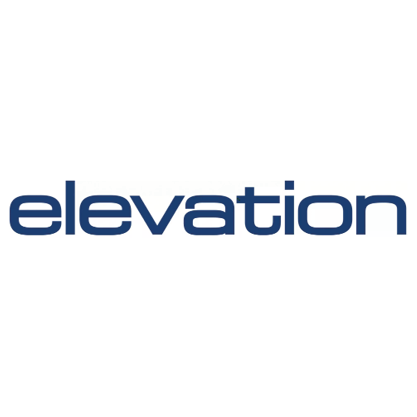 There’s no getting away from the fact that we’ve just been through a few of the strangest and most challenging months of our lives. And it’s not like things are exactly back to normal now. However, we have seen some  positive developments emerge from the  pandemic at Elevation Lettings and within the industry at large.

When the Covid-19 crisis was still in its early stages, we looked at the severity of the situation in China and started looking at how we’d deal with it as a team when it reached our shores. We ordered PPE, started recording video for digital viewings, and made sure we had systems in place to ensure someone was always in the office, no matter how bad things got. We also piloted WhatsApp For Business so we could use this platform in a GDPR-compliant way - the first lettings agencies in the country to do so.

We were already using Goodlord, a fantastic digital lettings platform. We were already so impressed with the value it had delivered into the business up until that point, but were blown away by how integral it became to our operations during lockdown and the support we received from the team there.

At Elevation Lettings, we’ve always been quite digital-focussed, but the onset of this pandemic - and unexpectedly receiving the EA Masters award for Best Lettings Agency across Oxfordshire and Buckinghamshire - really validated this as a strategy. It’s what kept the business moving as the whole world dropped out from under our feet.

But it’s the human touch that made it matter

Whilst many agencies furloughed everyone and shut their doors, we realised how important it was to be there for our tenants and landlords. We were very aware that large numbers of people, both tenants and landlords, would be facing money issues. We knew that there would be huge pressures on households and that relationship breakdowns and the need to shield “at risk” people would create an immediate need for alternative, high quality home environments.

We were able to let numerous properties without traditional viewings, using a blend of Rightmove’s digital viewings technology and our Vimeo channel. One example of this was a tenant who fell into the “at risk” category living in a houseshare and unable to shield. He was really worried, but we were able to work with him to hold an end-to-end digital viewing and digital referencing process and we moved him into a safe environment where he could isolate properly within just three days.

Recently, we were able to help a tenant coming in from The Netherlands to begin his apprenticeship at Red Bull. He needed to get into the country ahead of quarantine, but had nowhere to live. Our digital-only solution allowed us to make this happen quickly, while our level of personal service and care ensured he didn’t feel alone in a new country. He even signed his contract on the Eurostar on the way over.

Sometimes it’s the little things that mean the most

It hasn’t just been tenants who’ve faced challenges during lockdown. We were contacted by a landlord, a woman who had a single property and was desperately worried about how she’d pay the mortgage with it empty. We were able to help her price her property correctly, then focused on finding her  suitable tenant. We were able to get someone moved in in just seven days. She was delighted to have that weight off her shoulders so quickly and sent us a lovely gift to say thank you - which meant the world to us.

We’ve had to rethink every aspect of the way that we work. How you pass a key to someone when they’re not allowed in your property and you’re not allowed within two metres of them? Even the tiniest things have had to be thought through and re-engineered. But to us, it’s been worth it. Not just because it’s kept the business alive and given our team security in these times of uncertainty. But because, with a bit of smart thinking and a lot of hard graft,  we’ve been able to help people who’ve really needed it. And at the heart of things that’s why we love what we do.