Data / State of the Lettings Industry

Pre-tenancy admin "painful" for almost half of property professionals

Pre-tenancy administration is proving time-consuming for many property professionals, with almost half of agents saying it took them more than three hours to complete in a survey of the lettings industry by Goodlord.

Pre-tenancy administration has become increasingly complicated in recent years as the government has introduced more legislation to the private rented sector. In addition to completing referencing and  preparing the tenancy agreement, letting agents are legally required to provide tenants with the How to Rent guide, gas safety and energy performance (EPC) certificates, electrical safety installation (EICR) reports, and the prescribed information for the relevant deposit protection scheme. The Tenant Fees Act has added an additional layer of complication to the pre-tenancy process.

It’s no wonder, then, that only 7% of the property professionals surveyed said that pre-tenancy administration was “very easy” and 20% who said it was “somewhat easy”. A quarter of respondents said they found pre-tenancy administration “neither easy nor painful”. Only property management and check-out were considered more painful parts of the lettings process than paperwork. 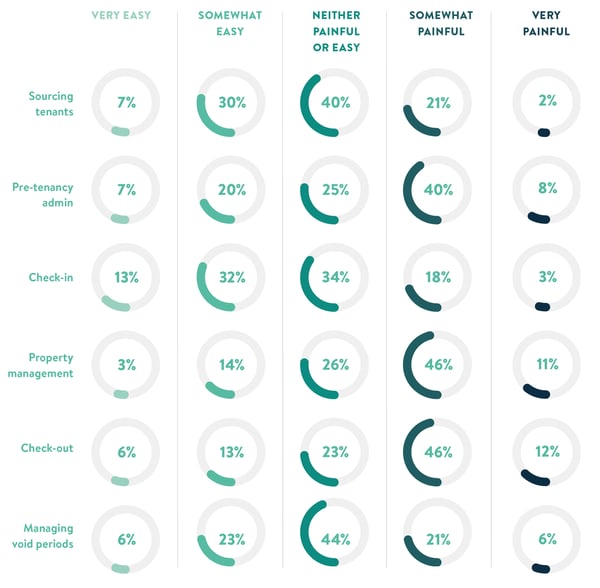 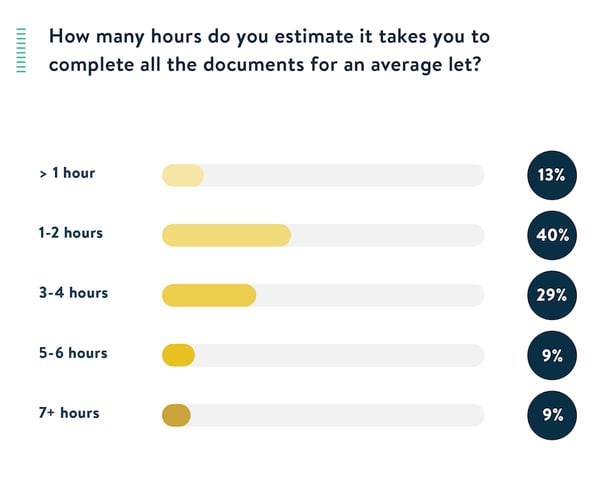 Data / State of the Lettings Industry