Q&A: Paul Shamplina on the impact of the coronavirus pandemic on landlords

Landlord Action's Paul Shamplina answers your questions on how to manage relationships with landlords and tenants during the coronavirus pandemic and changes to legislation around evictions.

This article was published on 24 April 2020. Although we endeavour to keep our coronavirus (COVID-19) content as up to date as possible, the situation is rapidly changing, so please ensure you refer to gov.uk for the latest advice and information.

Paul Shamplina joined a webinar with Goodlord to answer your questions on what letting agents can do to help manage relationships with landlords and tenants during the coronavirus pandemic and the changes to legislation around evictions. You can watch the whole webinar here.

How should letting agents, landlords, and tenants work together during the coronavirus pandemic?

Throughout this whole crisis, letting agents need to be proactive and show that they have skills of negotiation with regard to mediation, being clear, updating landlords, speaking to tenants.

Every tenancy is different. Every tenant's circumstance is going to be different. The majority of tenants out there are really good tenants and are truthful. The law change has come into effect so no tenant would be evicted because their circumstances have changed due to COVID-19, and I agree with that.

As an agent, you are there to piece together the landlord and the tenant, because if you're doing full management, the landlord has no contact with the tenant. All they know comes from your communication. So giving clear updates with regard to the tenant's position on a daily or weekly basis is important because the landlords have to budget. Everyone's going to have to work together. Landlords are going to be struggling as well.

How should letting agents approach landlords about tenants who might be struggling to pay?

A landlord has to be guided by a letting agent. A tenant should not be paying more than a third of their wages towards rent with regards to affordability - you, as an agent, need to investigate to see if hardship has happened and it is real and get some sort of documentation. Have they been furloughed? Are they applying for universal credit? Have they applied for some sort of business loan? You need to get some sort of confirmation - the landlord will need to know because they might be struggling to pay their mortgage as well.

Communication is really important because you need to convince the landlord to have some sort of mediation in place and arrange a payment plan to ensure there’s sustainability. You have to sustain that tenancy agreement because six to nine months is the reality of evicting a tenant. You don't want a void property which will be empty for ages. You want a tenant and this is the scenario where people will be judged for this crisis whatever industry they're in. This can actually strengthen a landlord's and tenant's relationship and out of this, a tenant may stay longer - which is what you want and what a letting agent is providing to a landlord.

What should agents really be looking out for in terms of a payment? How should we be viewing, say, renewal of contracts during that term and spreading payments over a longer amount of time?

What a letting agent doesn't know and a landlord doesn't know is the outgoings of the tenant - you'll do a reference and, six to 12 months down the line, they might have got more credit, they might have more expenses. You don't have a real true side of their expenditure. So for the conversation with tenants, the wording at the beginning is important - “we want to help”. I do see a lot of challenges for letting agents with landlords that won't budge. They'll say I want my £1300 a month and it's really up to the agent to say, "You know what, you've got to be realistic here." Because if you go to court and press the button, it's going to take you six to nine months and cost you £1500 pounds and then you're going to have five, six, seven, eight, nine months’ rent added on top. Let them pay off. Let's see what they can afford.

Work out a payment plan, see if they can pay off over a certain amount of time. That actually might result in a renewal of a tenancy agreement but it's got to be realistic because of course the money has to be paid back. Yes, you'll have a deposit which is five weeks’ rent, which could be offset against the rent numbers, but it may not be enough. It’s about managing in the short term but thinking about the medium- to long-term.

What's the view in terms of how landlords and letting agents should manage absconding tenants from a student perspective? What's the best course of action they can take?

You can't stop a tenant from leaving just like you can't stop them from not paying. If they leave and they give you the keys, they have to sign a deed to surrender and you have to agree to a deed of surrender. If they give you the keys and say "I'm leaving" but they’ve still got four months left, the conversation you as an agent have to have is that they are still liable for the rent up until the end of the tenancy or until you re-let the property.

What would your advice be for letting agents on managing this situation? The reality is the academic year is probably over and students may well be looking for new accommodations for the next academic year. Should letting agents be looking to settle and get as much through this process as they can without taking legal action? Or should they be enforcing their contracts?

If the university is going to reopen in September - which is probably give or take - students are still going to need accommodation. So landlords are going to bear that in mind. I wouldn't go too aggressive - say "I realise that you've gone back home but, as you know, the rent is due on the 28th of each month. You still have three months left. You are still liable for the rent". Bear in mind they would have got student loans and they would have guarantors. I would include the guarantors early in those conversations because it's not going to be a secret to the guarantor that they've gone home and they know that they're liable for that rent. Get an idea of whether they’re going to be looking to renew, which most probably would do if they've got to return. If they're going to renew and they're there for another year, well then you've got another 12 months' income coming in so just bear that in mind.

And for agencies looking to get set up for the next academic year, the coming months would normally be a very busy time. How should they prepare for that new academic year? It's a bit of a moot point really because we obviously don't know what's going to happen, right? I suppose the better question is, are there steps they can take now to protect themselves or indeed prepare themselves for that new process?

I think you've got to understand that, obviously, wherever your student stock is, it's going to be different to another student stock. You're going to be waiting for government guidelines as to when the university opens. You're going to be getting the properties ready but I think, like anything, all of us have to be versatile, think out of the box, about how you can protect and help your landlord's investments. Does it have to be a student rental? Can it be another type of rental? Can it be switched to a family? People are still going to move.

As a landlord, I would let it run until I understand what's happening next year with regard to the students, what's the pipeline, where do I normally get my leads from? Have it ready and then actually have your backup plan which is can I have it for other sharers? Is it a registered HMO with a license? Can it be turned into a family home?

What's inherently changed in the market from what it was before COVID-19 to now?

I think rent will come down further. If you didn't have this government intervention of seven, eight, nine million people furloughed and this universal credit market which is at 1.2 million, can you imagine if the government didn't step in? It would be absolute carnage. I think the market will come down a bit. I think the residential market will be okay. I think landlords will be more reasonable with rent because they don't want their property to be empty but I do think that the worst hit market will be the commercial property market without a doubt.

So there were two main changes. Any notices served after 26th of March, now have a three month notice period. We are still serving notices at Landlord Action and advising landlords it's going to take longer but we're saying try to mediate beforehand. That's where the pre-action protocol is going to come in further down the line, where you've got to take a whole load of different measures to deal and liaise and work with your tenants to see if they're vulnerable.

I think also, just in my view, the banning of section 21 will be accelerated. It will be coming sooner. You'll see that now, and for the housing courts.

Should letting agents and landlords expect the eviction process to be a more costly and lengthy one moving forward?

Let's say you can't do anything until June. You're going to serve your three-month notice, that's going to expire. Then you're going to go to the claimant court. It used to take six to eight weeks. June, July, August, September, October, November, December - you'll be very lucky to get your property back by the end of the year if you have to go to bailiffs. So realistically you've got to tell your landlord from June it could take six to eight months. Period.

The pre-action protocol will also come in where, as an agent, you have to find out if they're vulnerable. You have to document all correspondence. There are these various different measures that one has to take.

Once that's done and it's clear the tenant can't pay the rent or there's nothing that can be agreed, then you'll be able to serve your notice. All it is, is another hurdle to stop more cases going to court, to gain possession and end up with there being more homelessness and need for housing. There are going to be more barriers.

This Q&A has been edited for length and clarity. Watch the whole Q&A  with Paul Shamplina here. 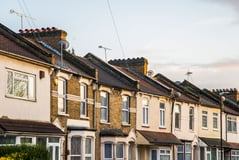