Goodlord reveals key figures for the private rented sector for July 2020 based on tenancies processed through our platform, including average rents, tenancy lengths, voidage periods and more, in the Goodlord Rental Index.

The UK’s rental market continues to go from strength to strength, according to the latest Rental Index from Goodlord, with the ‘summer boom’ continuing throughout July.  The latest data shows rents up and voids dramatically down, as tenants continue to hunt out new leases following months of lockdown-induced delays.

Rents increase across majority of regions

It was good news for landlords during July, with average rents up in 6 out of the 8 regions monitored. The volume of tenants keen to move pushed up prices by a huge 22% in the North East, with the East Midlands recording a 17% rise. Bucking predictions, both Greater London and the South East also recorded rises - increasing by 3% and 7% respectively. The only region not recording an increase was Wales, where average rents dropped by 5%. The West Midlands held steady to June prices. Overall, all 8 regions monitored recorded higher rental rates in July than their 2020 regional average to date.

It was also a positive month for void periods, with all regions seeing a decrease in void periods thanks to ongoing demand. The UK average void period dropped from 23 days to just 16 days. The biggest decrease was seen in the East Midlands, where voids periods decreased from 30 days to 17. In the West Midlands, a sizeable drop was also noted - 35 days down to 24. The lowest void periods can now be found in the North East and the South West, where voids dropped to 10 days during July. 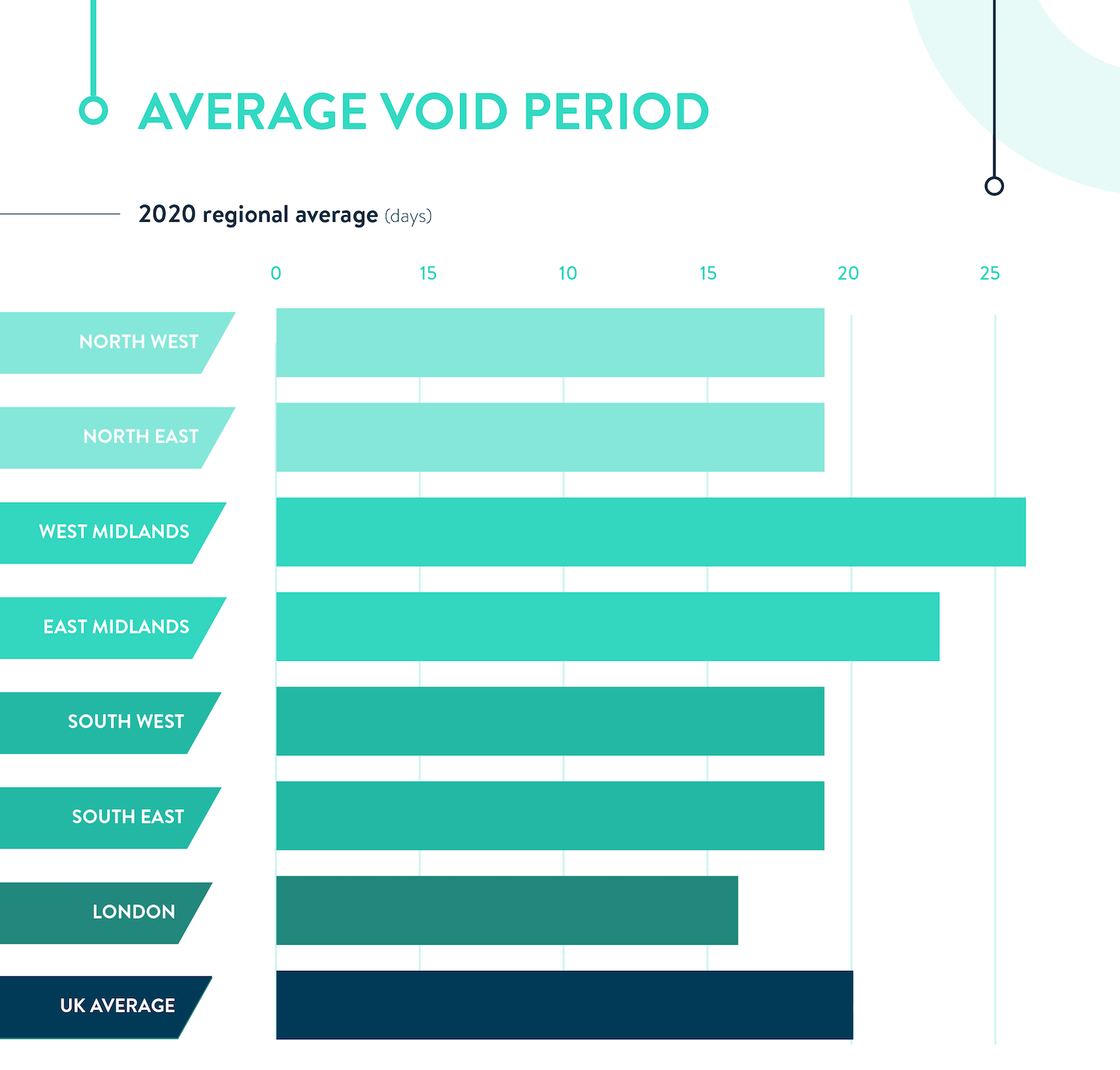 According to the Goodlord Lettings Tracker, the average number of completed lets during July sat at 99% of 2019 levels. The busiest day of the month for completed lets was 5th July. The number of new applications in July was 7% lower than at the same time last year - operating at 93% of 2019 levels. However, between the 6th and 11th July, the market was recording higher volumes of new applications - 100%+ -  than during the same week in 2019.