The government has announced new financial support for households after news that the energy price cap is expected to increase yet again in October 2022. 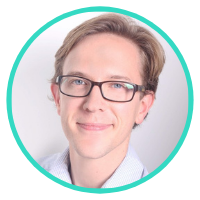 The government has announced a new £15 billion package of financial support for UK households - bringing the total cost of living support to £37 billion in 2022. The new package includes bumping up the universal energy bill payment of £200 to £400, with no need to pay it back, and extra support for low income households.

Why has the government introduced new measures now?

Ofgem is still currently monitoring wholesale energy prices ahead of announcing the official cap that will come into play from October 2022 onwards.

This price will only effectively be in action for three months, as a result of the recent announcement by Ofgem to review the price cap quarterly. It will be reviewed again early in 2023, with a view that - because there has been some softening in the wholesale market - the energy regulator may be able to reduce the price cap.

This will, in turn, mean that the reduction can be passed more quickly to consumers - rather than waiting until April 2023.

However, in the meantime, the increase will still have an impact. It's predicted to push the rate of inflation up to 14% after the cap rises - and the number of people in fuel poverty up to 12 million over the winter months.

The chief executive of E.ON UK anticipates that its customer debts will therefore grow by 50% - or £800m - as more households struggle to pay these rising bills.

What new financial support has been announced?

The Chancellor of the Exchequer previously announced a £200 rebate on energy bills, starting from October 2022, which would then need to be paid back over five years.

He's now doubled this to £400 and households will no longer need to pay it back - helping an estimated 28 million households pay their bills.

Vulnerable and low-income households will benefit from extra payments, on top of the above:

These one-off payments will mean that the most vulnerable households will receive at least £1,200 this year - including the previously announced council tax rebate - which will equal the average energy price cap rise in 2022.

The government will additionally extend the Household Support Fund to March 2023 and provide an extra £500 million of local support through this initiative.

How will the government pay for these new measures?

The government has to fund the new rebate and other measures somehow, so the Chancellor has also announced a 25% Energy Profits Levy or windfall tax on oil and gas companies. The levy will include a new 80% investment allowance, to incentivise more investment.

What does this additional support mean?

This support is much more generous than expected. It's good news that it includes targeted funding for low income and vulnerable groups of people.

However, there is always the concern that the people that don't need it will also still receive it - and this can help inflation go in the wrong direction, adding fuel to the fire for the cost of living crisis.

This also does nothing to solve the underlying problem of the UK housing stock being generally poorly insulated and in need of an upgrade - which will remain a problem next year, when the majority of this financial support may not be renewed as the wholesale prices start to come down.

The cherry on the cake would have been an insulation grant scheme available tomorrow. This would be the best way to support landlords - faced with the need to increase the energy efficiency of their properties - homeowners, and anyone that lives in a house draughtier than it should be.

If energy prices remain high, we'll hit this challenge every winter to come.