How does the Tenant Fees Act affect 'bills included' tenancies?

"Bills included" is a popular search term for tenants, yet this concept has Tenant Fees Act implications, as Robert Bolwell, Senior Partner at Dutton Gregory, explains. 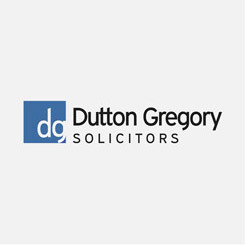 Did you know that the most popular search term for people looking for new rental property was recently revealed to be "bills included"? This announcement was hardly surprising given the previous announcement from the regulators about the latest energy cap for the coming 3-month period. The latest declaration from our new Prime Minister may have assuaged fears to a certain degree but it has not removed them completely.

Why landlords include bills

In the past, landlords who have offered their tenants fully inclusive rents have usually been confined to those who had multiple sharers including students renting their property.

For landlords who have been concerned about tenants leaving behind a trail of unpaid utility bills, it was perhaps sensible to make sure that each months’ rent included a sum that could be set aside to keep the big utility companies happy when their bills did eventually arrive.

The phenomenal increase in energy bills over the course of the last few months, dictates that now it would be a very brave landlord indeed who wanted to give any tenant a fully inclusive AST.

Some landlords, though, may not have much choice, especially where heating or hot water is supplied from a communal source without separate metering.

Utilities and the Tenant Fees Act

The Tenant Fees Act 2019 provides in Schedule 1 that utility bills are exempt from the near total ban imposed on just what a landlord might demand from a tenant over and above the rent. Yes, they can still legally demand a deposit - albeit capped - and certain other well-defined payments.

But utility bills are now on every tenant’s mind. Back in 2019, the government’s thinking behind the utility bill exception was the simple fact that then, as now, we have a plethora of secondary legislation in place to stop greedy landlords putting a mark-up on what could be charged for utilities over and above what the landlord himself was expected to pay to his local provider.

However, the word "utility" has a very restrictive meaning in the act. It is confined to simply electricity, gas or "other fuel" and to water or sewerage.

When the legislation first came in, I was approached by a long-standing client who owned a small build-to-rent development of one and two-bedroom flats in Southampton, each of which was heated by a communal boiler.

Tenants were free to choose their utility provider but for the privilege of near constant heating, they had to pay a small supplement on top of their monthly rent.

At the time, there was an interesting exchange with the National Trading Standards Enforcement Team in Bristol as to whether this supplement for heating could be described as a "permitted payment" under Schedule 1 of the 2019 legislation.

In their opinion, it could not and as such, anything that was paid for "heating" on top of the rent had to be a prohibited payment. Unless or until it was refunded to the tenant, no Section 21 notice could be served.

Reluctant to challenge the Enforcement Team through what would have been a protracted and certainly expensive Court case, the landlord bowed to the inevitable and included "free" heating within the monthly rent. Not surprisingly, the client was also advised to incorporate a robust rent review clause in every new AST which I suspect, even now, the client is seeking to invoke.

The outcome and the future

If the National Trading Standards Enforcement Team takes that approach with regard to the provision of heating, I suspect that it will be the same when it comes to a landlord providing hot water.

Here, as with our client in Southampton, the landlord is going to have little choice other than to include the provision of that facility within the headline rent or will fall foul of the Tenant Fees Act 2019.

If the current hike in energy prices is simply a foretaste of what is to come and with communal heating systems becoming more popular, it may well be that when the current government looks to implement its recent white paper, there might have to be more changes to the 2019 legislation.

Michael Gove’s recent suggestion that would allow landlords to demand tenants with pets take out an insurance policy to help replace those badly stained carpets might not go quite far enough.

But that is another story for another time...